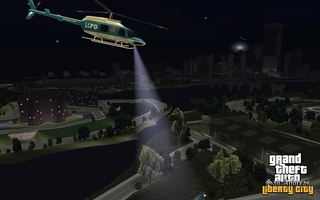 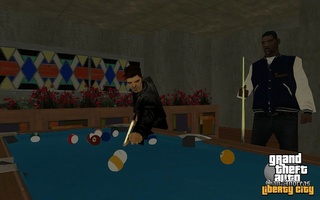 Advertisement
GTA: San Andreas Liberty City is a mod for the mythical GTA: San Andreas whose objective is to turn the city upside down to turn it into nothing more or less than the original GTA III, and the first of the saga to be in 3D... one that brings back so many memories.

So, once you install this modification, you can do tons of things that in the day you weren’t able to do but now can with San Andreas, such as swim, climb, fly a jetpack, go to restaurants and eat food, or change clothes.

Morover, although it’s not especially noteworthy, different graphic improvements have been added that make the game much more enjoyable today. Among them is the new shadow system, which adds a whole new depth to the graphic design.

GTA: San Andreas Liberty City is a brilliant mod for San Andreas, as it will allow you to enjoy practically an entirely new game with one of the most charismatic protagonists of the franchise and a completely new city.
Reviewed by Andrés López Translated by Alexander Aldrich
Advertisement

The truth is that I have not tested it yet but it must be very good as soon as I have tried GTA III and GTA San Andreas: 3 but I give it its 4 stars because that function of both must be very good!

The game did not work

Rockstar Games Launcher
The official Rockstar Games client
Steam
Feel the power of a massive gaming experience
DS4Windows
Use DualShock 4 controllers on your PC
MotioninJoy
Use your Playstation 3 controller on your computer
Better DS3
Configure your PS DualShock controller to play on PC
Origin
The required tool to play Mass Effect, Battlefield or FIFA
WBFS Manager
Store all of your Wii games on a hard drive or USB memory
Idle Master Extended
Get Steam trading cards without playing